From Dreams to Reality - How Sam Parr Hustled His Way to Reaching Millions of Entrepreneurs a Day - GO.CO Blog 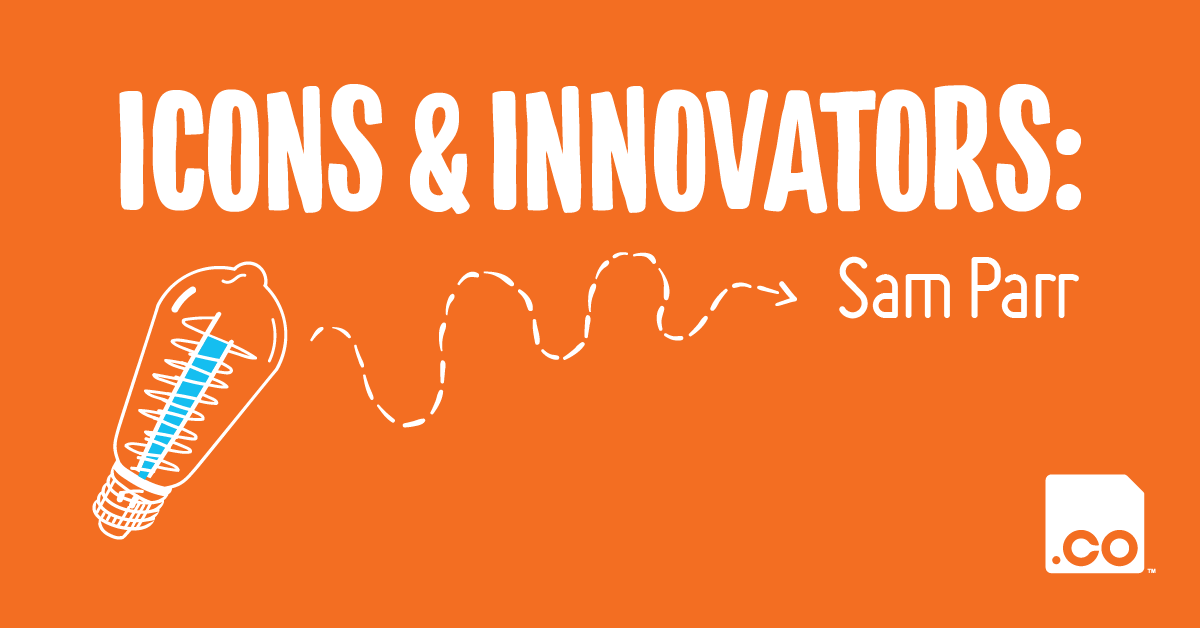 The son of entrepreneurs, Sam Parr always had big ideas growing up. His mother and father owned a popular fruit stand in Nashville, Tennessee, that turned into a produce brokerage company. Personally witnessing the development and growth of the family’s business instilled in Parr the desire to lead businesses to bigger and better things by converting ideas into concrete success.

His parents’ influence had Parr focusing on the grind from an early age, founding startups in his youth before “startups” was in the lexicon of businesspeople across the world. “It used to be called making a living,” jokes Parr as he discusses the impression he had of trying to find the right business to launch. The entrepreneur started making money as a kid selling spikes for track cleats, then by expanding into other ventures such as buying, selling and trading items on Craigslist.

Parr became a sponge on all things relating to business and running your own company. He even got hands-on entrepreneurship mentoring while working for American Pickers’ Mike Wolfe during his time at Belmont University and saw that more than just his parents were getting involved in business ventures. From there, Parr started a chain of hot dog stands called Southern Sam’s in the Music City that sold hot dogs “as big as your arm.”

However, it’s hard to differentiate just exactly how your hot dog stand is different from the other hot dog vendors, and Sam found that an Internet business he started around the same time was cheaper and easier to run than Southern Sam’s. So Parr left school in Nashville to move to San Francisco where he started a handful of businesses, all of which he eventually sold. Then came the dawn of The Hustle. 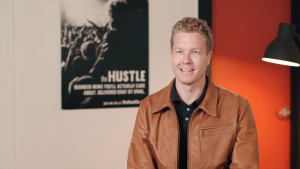 Living in Silicon Valley in the early days of Web 2.0 allowed Parr to explore multiple avenues of making money off of digital content and services. It was a wild west for digital pioneers, and Parr knew this was where he could make the most of the ideas he had bouncing around his head. The money started coming in through his placement of bands’ music videos on his YouTube videos with high numbers of views and charging them money for that placement. If what Parr was doing sounds familiar, that’s because he had envisioned key methods of modern digital advertising years before these practices had become fully developed by the industry and introduced to the mainstream.

Success in Silicon Valley fueled Parr’s ideas and dreams. He began reading books on salesmanship, copywriting and how to make sales to strengthen the execution of his business plans. Parr had to be able to convey his message concisely to get other people on board in helping him realize his dreams. He needed practice, so Parr drilled old, successful direct marketing letters into his brain by writing out their messaging, absorbing the techniques, flow and cadence of how to reach out to people and sell a product.

Big dreams sort of have a way of sneaking up on you when you’re not actively paying attention to their fruition. Parr founded The Hustle when he was 24 and wore every hat necessary to get his idea on the ground running. He wrote all the copy, sold the company’s first $200,000 worth of advertising, hosted each event, bought all the furniture, rented the office space… you get the idea. The drive was in Parr to succeed, and nothing would get in his way.

The Hustle was born out of an idea for an information company dedicated to giving millions of people the information and news they need to know. In The Hustle’s case, this arose out of conversations that Parr had trading information and stories with like-minded entrepreneurs in Silicon Valley. Parr got the motivation to found The Hustle from hosting an event called HustleCon, a sort of TED Talk for entrepreneurs. He wanted to use the convention as a networking event to meet the speakers and attendees in order to brainstorm new ideas and projects.

“At first, it was that we wanted to give people the news they wanted to know. There wasn’t like some crazy epiphany and mission at first. It was just we love blogging and writing and people liked reading it.”To drive up excitement around the convention, Parr began writing a newsletter about the speakers. It ended up becoming extremely popular and directly led to the success of Parr’s first couple of conventions. The first event had about 350 attendees. The second had over 600 and brought in hundreds of thousands of dollars. Parr knew he had something big on his hands. Early on, Parr realized the potential The Hustle had to help a huge audience of venture capitalists, especially in job creation performed by companies younger than five years old. “Our events and our news are actually helping people start and grow different companies.” Parr recalls thinking. “Let’s go all in on that.”

”The Hustle is a business orientated newsletter that reaches over a million people a day,” Parr states. He elaborates that it’s similar to The Wall Street Journal for 30- to 35-year-old entrepreneurs, decision-makers looking to help their business grow. “We’re really focusing on helping new companies start and expand, to just create more jobs and opportunities for people… Our target audience is ambitious people. We’re agnostic of age, gender, where you live. It’s for people who are going someplace in life.” 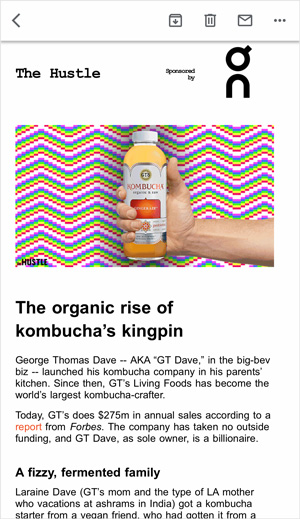 Contrary to popular belief, Parr and The Hustle team are not what people generally associate with “Silicon Valley” startups. They’re not a born-and-raised San Franciscans, not from prestigious universities, nor with senior level writing experience. “A lot of people think that there’s a very stereotypical background to a lot of these folks (in Silicon Valley) and I think that is not true… This whole Internet thing, it’s one of the true meritocracies because it’s so cheap to start a business.” Therefore, it’s not the “Who” of running a company, but the “Why,” the strength of the idea behind it that guarantees a business’ success in Silicon Valley. This is reflected in The Hustle’s unusual hiring practices for a media company. Almost no one on The Hustle team had prior media experience before being hired by Parr!

Bringing new ideas to life has been a strength of this team of 20-somethings. Having seen what these newcomers have been able to contribute to The Hustle’s success has been one of the proudest moments so far for Parr. “The moment where I was most proud was last year, in December, we did an all-hands meeting and our team presented everything they were working on. (Young 20-something hires) People were presenting things I had no idea how to pull off or no idea how they were able to make that happen.” He realized, “We truly hired people that were better than us and that were more talented than us and we’ve watched them grow. And that’s been the most exciting moment.

One of the craziest things about The Hustle has been its quick rise to success. “It doesn’t feel like a short amount of time, that’s for sure.” Their product was launched three years ago, but The Hustle has been a personal project for Sam since 2014. “The first thing is luck” when it comes to describing his success says Parr. The timing of email being popular and how little it cost to start an Internet business in those days heavily contributed to The Hustle taking off like it did. The Hustle found its niche and developed it into a must-have information service for entrepreneurs.

The second thing is that not knowing what they were doing allowed them to be different. “It’s not like we were trying to break rules or do anything like that, we just did what felt interesting and normal and it just so happened to be different.” Because they hadn’t been primed to fit into molds helped them distance themselves from competitors.

They also didn’t raise venture capital funding and that has helped them succeed significantly as well according to Parr. “Not having a lot of money to blow and waste made our operations tightly run. It’s a well-oiled machine at this point.” 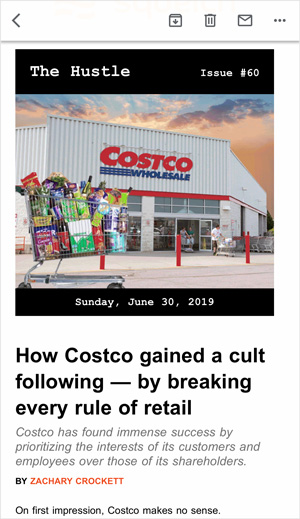 Another factor of The Hustle’s success was finding the right domain to associate with his brand. Parr set his sights on: TheHustle.co.

.CO was just different enough to work but also mainstream enough to be taken seriously.”

So what’s in store for Parr and The Hustle? Well, they just launched another subscription product and their goal is to reach 100,000 paying subscribers. The new product called Trends (trends.co – another .CO acquisition by Parr) provides in-depth industry research and analysis on startup trends tailored for the entrepreneur audience.

With all this success, what is it that still gets Parr excited about getting out of bed every day? He says, “it’s bringing ideas out of people’s heads and executing them so that they have a place in people’s lives in the real world.”

“I still get excited about the stuff that used to get me excited, so what I was excited about before was… thinking up an idea and making a dream a reality. That’s  my high. I love doing that. It almost feels like I’m not in the game of starting companies or making products, I’m in the game of turning ideas into reality.”

What assures Parr that The Hustle will see continued success? He says you don’t have to have all the answers on how to get to the finish line from day one. You get there by taking it a step, or “200 feet” at a time:

“If you’re driving thousands of miles from New York City to San Francisco at night, you only need your headlights lighting your way for maybe 200 feet in front of you. You don’t need to know the whole way by heart because the right leadership and right team will guide you to your destination.” 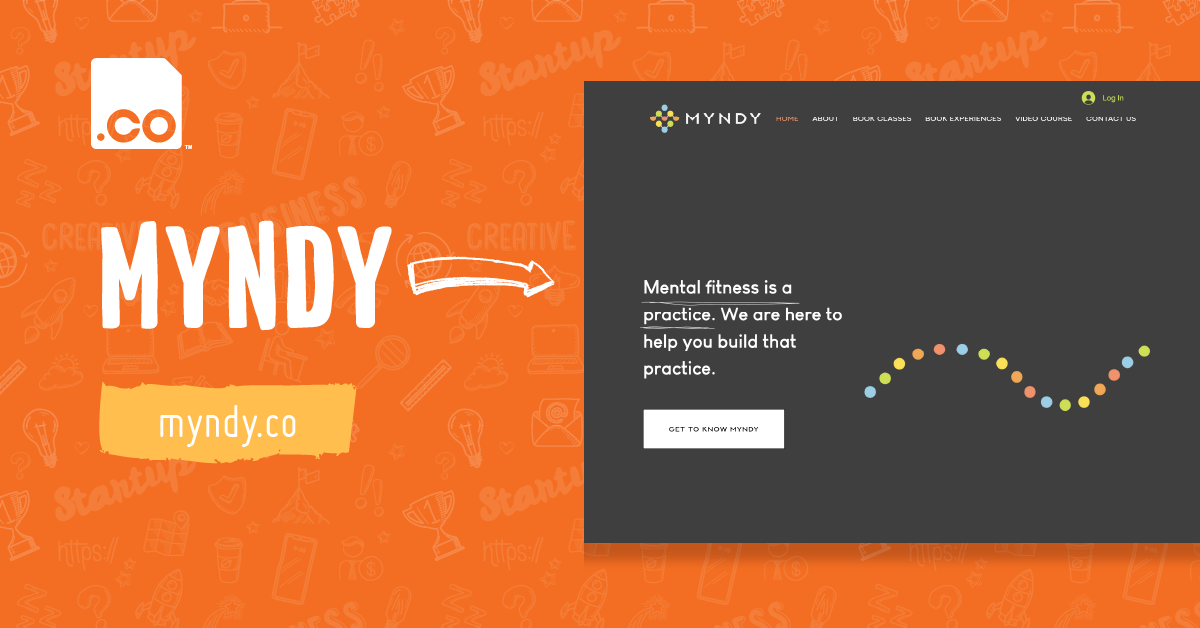 The Founder of MYNDY.co On What It Means To Be Mentally Fit 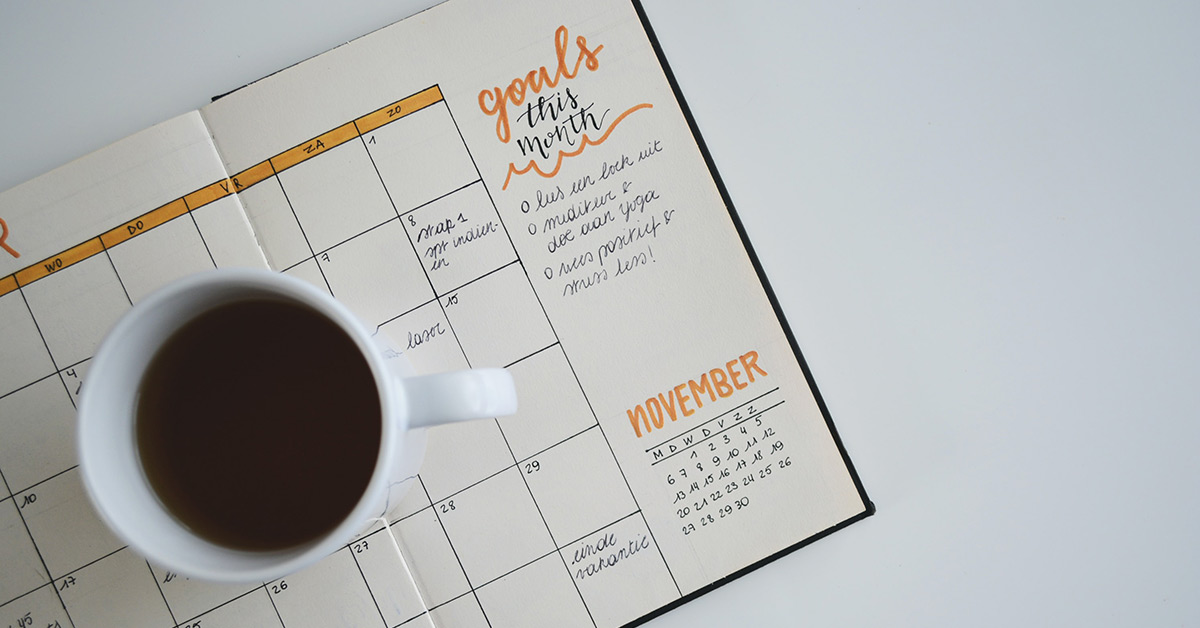 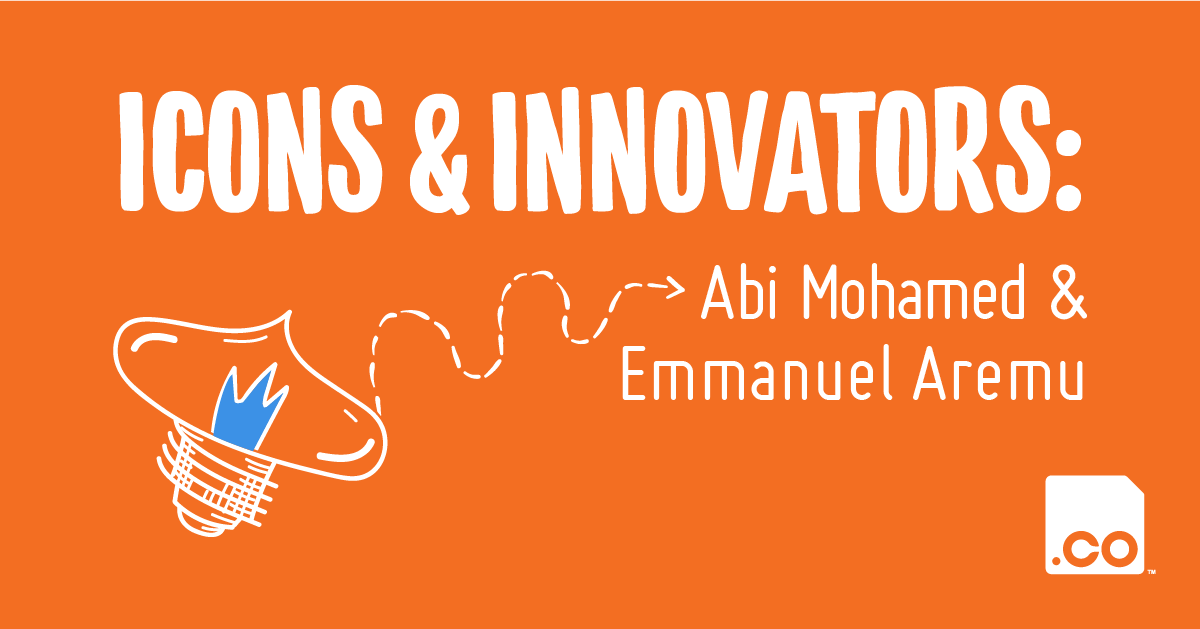 You Gotta Do It Yourself - How cgventures.co is Creating a More Diverse Business World